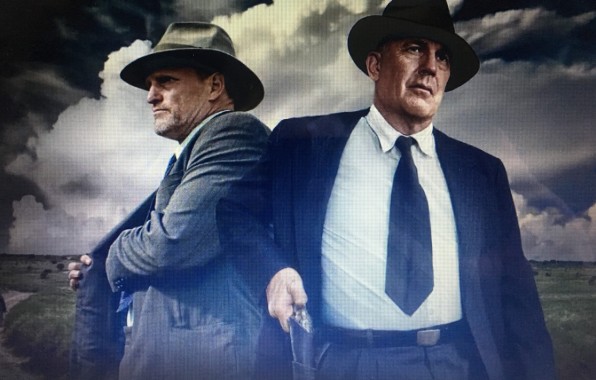 Let me preface this blog topic with I’m from a small town. Very small town in north Louisiana–Gibsland. Have you heard of it? Probably not. It is between Minden and Arcadia. Does that help? How about Bossier City and Ruston. Better?

Well, Gibsland is famous for…. Bonnie and Clyde. Does that ring a bell? I know renown criminals are not the usual topics in my blogs. I tend to write about pleasant things like flowers, historic figures, art, books. Not gangsters. But when you are from Gibsland, the first thing anyone remembers is the last place this couple ate a meal and met their deaths. The second thing you might know is that Gibsland is known as the Jonquil capital.

On March 29, Netflix is releasing a movie that was filmed in these beautiful wooded hills close to my home. The movie is “The Highwaymen” starring Kevin Costner, Woody Harrelson, and Kathy Bates. Believe me when I say that Kevin Costner caused quite a stir while he was filming here. The movie follows two former Texas Rangers who are to bring down Bonnie and Clyde. I can’t wait to see this view of the well-known story. 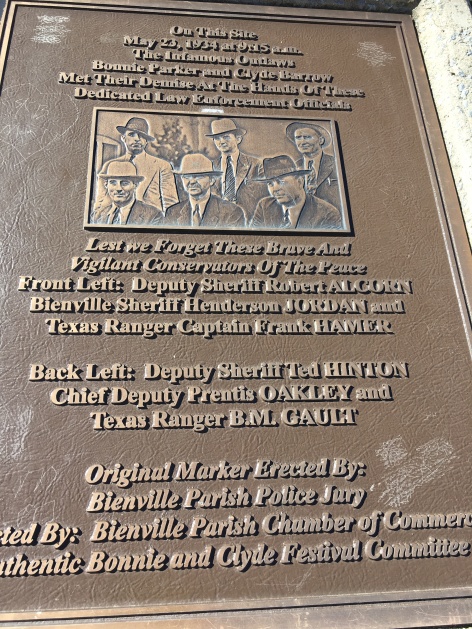 A few miles from my house is a monument set up on the spot where the couple were killed. It’s not a monument in honor of Bonnie and Clyde but for the capturing (killing) of the two. Through the years we would take my grandfather to the site to see the monument. He was close by the day that the bodies were brought into a drugstore in Arcadia, laid out for the public to see. He was one of the ones in line. Not something I would have wanted to view, but many adults of the time had heard so much about Bonnie and Clyde. My great-great-uncle was a photographer for the Shreveport paper and took many of the original photographs of the car and the bodies at the scene. 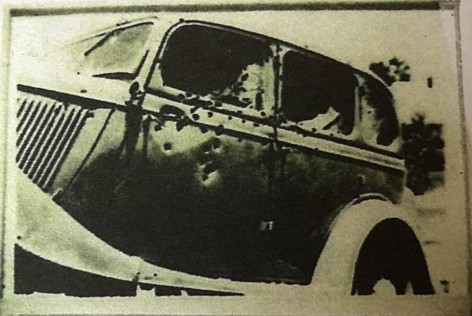 For what is your town/city famous?

Why do you think people want to remember notorious criminals with museums and festivals?

4 thoughts on “My hometown is famous for…”