I’m doing something I never thought I’d do. My husband and I own and run three Airbnb properties. My son told me five months ago, “Just try it, Mom. You might find you enjoy dealing with the different guests. You might even see it as a way to help during this time.”

Well, I knew the idea hung outside my comfort zone. What did I know about owning and hosting an Airbnb, must less three of them? Sure, I could keep a house for my family, but strangers? What needs would they have? Would I be able to meet those expectations?

One of my favorite parts of the project is the decorating. I feel I meet a need when I make it homey. I always include a variety of reading options. I place some of my favorite books by authors I follow in the rooms. I hope to entice the guests to read a good book and possibly find a new author. Whenever I stay at a BnB or Airbnb, I always gravitate to a bookshelf or a nightstand to browse the offerings. What better way to entertain my guests!

Perhaps you see a favorite author from my pictures of my houses. What books do you use as an entertainment for your family and guests?

It’s time for my September Giveaway through September 27. Comment for your chance to win one of these two books: Hold Me Close by me or No Ocean Too Wide by Carrie Turansky.

Perhaps you will share one thing you like about fall. I love the fresh, cool mornings on my front porch with hot tea. 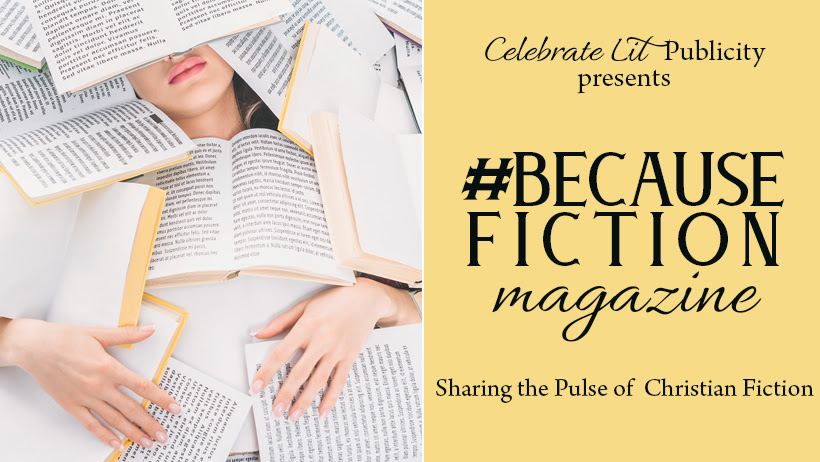 The first thoughts of my first literary “baby” was much like planning for the addition of a baby to a family. The hours, days, months, and sometimes years……

Follow the link above to read the rest of the article. Also, there are many more authors in this magazine each month. Browse the tabs and see what is available.

Also, there is a giveaway.

Readers, summer begins next week, and we are celebrating with a HUGE giveaway!

Don’t miss your chance to enter to win a $200 Amazon gift card and 37 books in our Celebrate Lit Multi-Author Giveaway.
Click here to enter:  https://promosimple.com/ps/fa43/2020-summer-book-bash

The event and giveaway is going on now through June 21! Open to US residents only.

At this time of social distancing, I gravitate towards reading. Since I’m a teacher, I have many hours to fill. The writing project I wanted to start in June, I’m starting now! It’s exciting in a world full of fears and uncertainties. So I’m delving into eighteenth century France during the reign of Louis XV. The information is part of my new work in progress set in 1747 at le Château de Chenonceau.

If you need something to read, consider starting, continuing, or reading one or all of my Revolutionary Faith novels.

If you want to start at the beginning with an autographed copy of Hold Me Close, the purchase price from me is $10 plus $3 shipping (USA).  Email me at: margueriteg@att.net and I’ll put your copy in the mail.

All four books are available from Amazon or me. The links are on my website under Books.

How are you occupying your down time for the next few weeks?

It has happened again. The end of the year is here, giving me a chance to look back as I look forward. Do you do the same thing? I find it is an opportunity to slow down for a few days, but only a few.  I have deadlines looming, just out of reach. So, I’m taking a few blessed days to contemplate my next moves.

I’m excited about my next book being released sometime in February or March 2020. But for now, I want to remember how far the Revolutionary Series has come in two years. The characters are close to my heart as are the stories they live through the pages. The titles of each book have a duel meaning and carry through the series. The title of Book One–Hold Me Close, conjures images of a romance. Although that is not the number one theme of the book, a romance is present. The sentimental elements of love and affection appear in the pages of the historical novel. But Hold Me Close has a spiritual significance as God is the one holding the characters close in His plans, in His arms, in His sight.

Book Two–Surround Me has the dual meaning also. The full title could have been Let Your Love Surround Me. Whose love? Well, the love between the couple with all the ends and outs of a romance, but also God’s love, as ultimately the characters need His love and presence to face their future together.

By now the pattern is set for the other novels in the series. Book Three–Bring Me Near carries the dual meaning onward with the human element of longing to be close for protection, support, and love. God’s role is every-present as He is there to provide the answers, comfort, protection outside of the human capabilities.

In the new year, I will pass on the title and information about Book Four. For now, I intend to relax and contemplate how I can allow God to hold me close, surround me, and bring me near.

I’m so excited about being a part of this multi-author giveaway. Follow the link for your chance to win. Please post to your social media sites too.
Readers, we are so thankful for YOU! Your support and encouragement mean the world.  To show our appreciation for all you do, we are hosting a HUGE giveaway!
Don’t miss your chance to enter to win a $100 Amazon gift card and over 40+ books. Click here to enter:  https://promosimple.com/ps/efda/thankful-for-our-readers
This giveaway is going on now through Nov 10.

Thank you so very much!

Do I have a civic duty to my country, my state, my local community? I think I do. As a teacher in the public school system, I see part of my job is to help the students become valuable citizens. As a civilian, there are many ways to volunteer to better the community. That can take the form of a few hours or a major commitment of years.

Through the years, I’ve been a part of many civic endeavors. One of my favorites was the building of Kid’s Towne in Clinton, Mississippi. The community came together with funds, skills, ideas and sweat to make the dream of a creative, safe, fun area for our children. I can still see the joy on the faces of the kids and adults when the plan became reality.

Many other projects centered around libraries, gazebos, civic centers, neighborhood gardens, Lion’s Club, Rotary Club, museums, United Way, hospital drives, fundraisers of all kinds. The time I give freely means the most to me. I want my community to thrive.

The desire to be good, productive citizens spans the centuries. There’s a part of the human soul that wants peace, camaraderie, and beauty. Sometimes the cost is great, as in time of war. In my Revolutionary Faith series, the citizens of Charles Town, South Carolina in the 1770s joined groups like the Sons of Liberty, the Daughters of Liberty, and even the South Carolina militia. The other projects such as the theater, music hall, museum, college, and library, though important, took a second seat to the war.

Oh, the decisions they had to make.  Here is a brief conversation between Louis and Elizabeth from Hold Me Close.

Louis: “I’m here for you when you need to talk—as a neutral party, of course. I don’t know about the future of this town or the colonies, but I do know I would like to be your friend.”

Elizabeth: “I do need a fried. I’ll try not to grumble too mush. I know where you stand—a Frenchman with no involvement or attachment to any place or people.”

Can we really live like that? Not for long. I believe in the importance of civic duty in the community.

What do you enjoy about local civic involvement?

Hey readers! I am so exited about this great news. My book Hold Me Close, Book One in the Revolutionary Faith series, is being featured in the International BookBub email blast. This means the book is just $.99 from September 26-30. If you have friends outside the US who you think would enjoy a fictional account of why the American colonies chose to break from England, please share this with them! It’s a rare price reduction, and I wouldn’t want anyone to miss out!

Oh, more great news! At the same time to celebrate this exciting sale, Hold Me Close is also available for our US readers for just $.99. How awesome is that? If you’ve wanted to read this book, now is your chance.

Please share with your friends over the next few days. Offer ends after September 30.

I would love for you to leave a review of Hold Me Close on Amazon.

I love the morning, a new beginning. I cherish my front porch time to study and read. To muse. To relax. Beginning are exciting and full of anticipation, whether for a new, full day or an adventure with family, friends, career, or mission. I do admit it is nice to arrive at the middle and see the end and then to complete a task and say well done. But the beginning always has such potential and so many challenging, unanswered questions.

My most recent beginning was the beginning of summer–I’m a teacher. Need I say more? Eight weeks to regroup, renew, rest, and rev up for a new year. Now I’ve seen what I accomplished and set my eyes on the finish line which turns into another beginning.

Another place I love beginnings is with a novel. The beginning leaves me with 300 pages to figure out the answers, to meditate on the circumstances, to fall in love with the characters, and to soak up new knowledge.

Here is the beginning of my novel Hold Me Close (Hold Me Close link) in the Revolutionary Faith Series, Book One:

Louis Lestarjette stepped off the ramp onto dry land after weeks on the Sainte Claire. A line of carriages awaited weary travelers on the other side of the dusty boulevard. But none were waiting for Louis. With his luggage stored for the day at the dock, he set out with an address in hand. As he headed down Bay Street toward Church Street, he tried to adjust his legs from the rolling ship’s deck to dry land.

He was here. After five weeks and four thousand miles, he wanted to believe success lurked around the corner.

Turning onto Tradd Street, Louis breathed in the humid air of Charles Town. He walked for several blocks at a brisk pace, looking to his left and right. Finally, he spotted Wilson’s Mercantile. Welcome or unwelcome, he had finally reached his destination. Nothing he had seen looked familiar or even remotely similar to Paris. Even the tree-lined streets with mansions hiding private gardens paled in comparison to his homeland…

Talk about a beginning: a new country, a new job, an unknown environment. I don’t quite want that dramatic beginning, although I have moved before, taken a new job, started over without friends in a new city. Exciting and scary…

Do you have a new beginning story?

Connect in Fiction with Marguerite Gray
Start a Blog at WordPress.com.